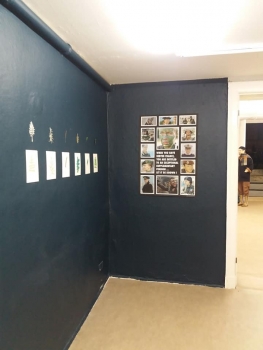 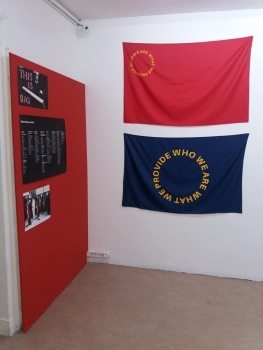 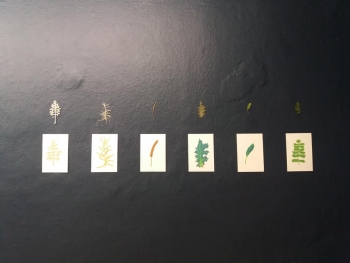 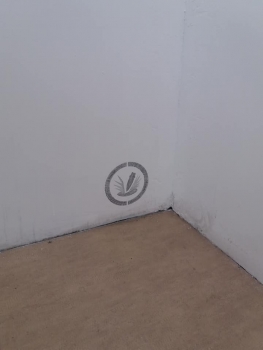 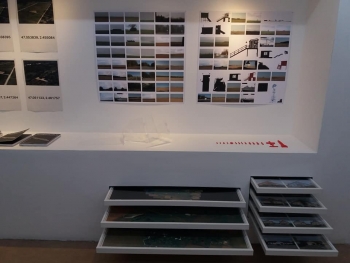 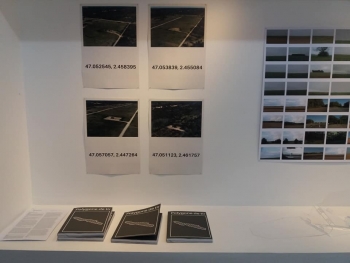 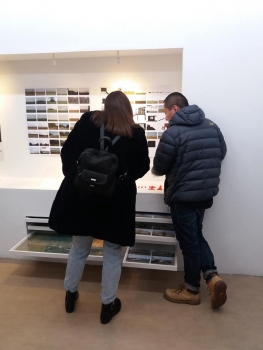 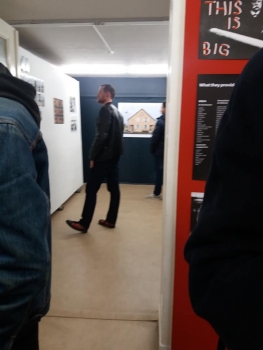 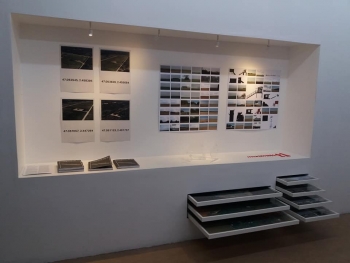 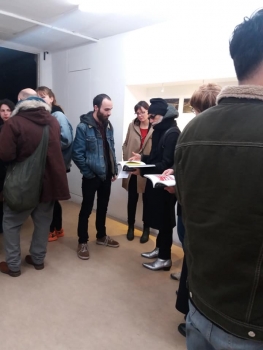 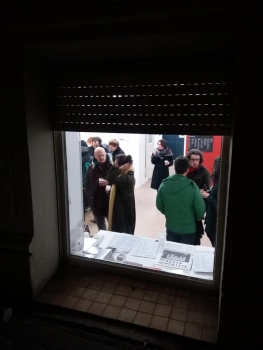 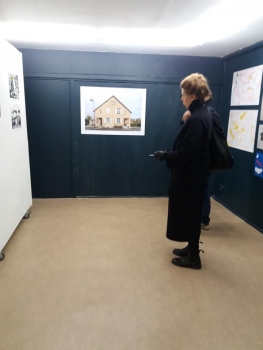 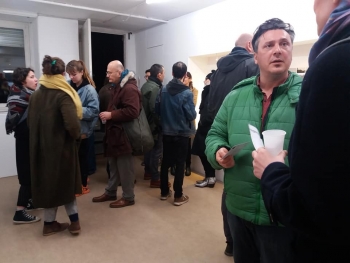 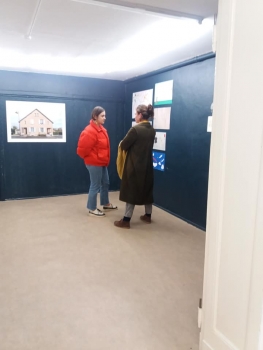 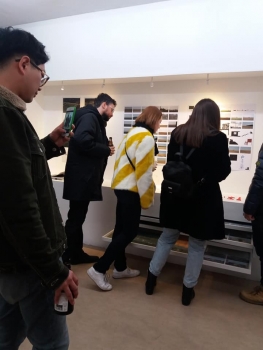 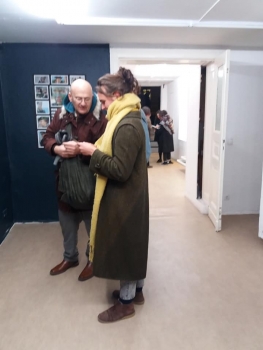 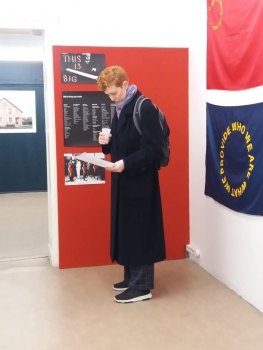 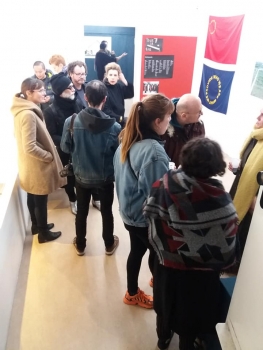 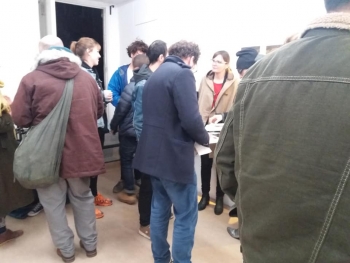 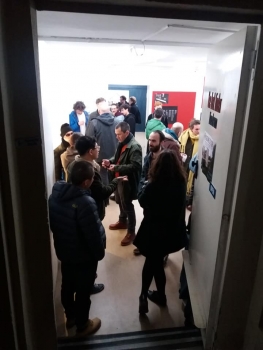 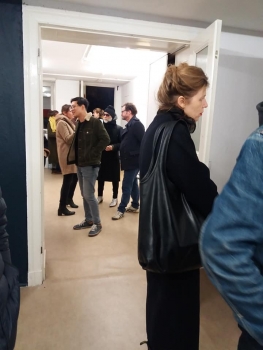 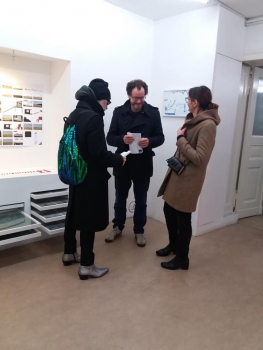 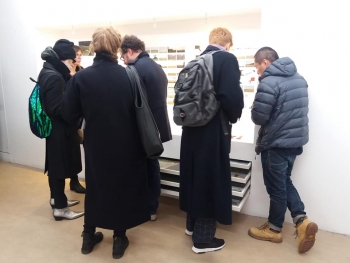 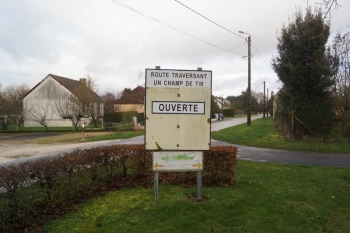 An editorial and curatorial project questioning Bourges’ shooting range, the “Polygone de tir”, its paradoxical system of visibility, and its establishment in the wider territory. A collective and polygonal result of two-years long research encompassing different perspectives. The accompanying publication retraces the outline of fact-finding investigations conducted around the military industry of a mid-sized French city in the very centre of the country.

The research-team has crossed the Polygon repeatedly, all while adhering to existing legislation: no intrusion to designated roads, no filming nor photographing, no pausing to stop nor remaining stationary; they kept on moving, endeavoured to see, to unravel this space whose system of visibility is uncertain, existing both out in the open but hidden from all landscape readings and difficult to appropriate to our human needs.

Mapping a landscape often comes down to unfolding its territory to analyse it according to criteria and norms calling for a key. Restrictions linked to Bourges’ target area frequently prevented the artists from defining it as a subject matter and extracting its geographic qualities from it. Listing this space among the department’s, the region’s, the country’s and subsequently the world’s wider territories would be, of course, possible. However, the Polygon maintains its status as a blind spot, or as an opaque stone placed on a wider surface.

We agree with the cartographer Philippe Rekacewitz that “the map is never the territory”, however, we could and perhaps like to argue that the Polygon’s territory is never the one on our maps.

Between the pervasiveness of natural bodies and the salience of manufactured elements, the target area oscillates between invisibility and transparency. The lack of perspective, the breadth of expanse, the mound of dirt, the thicket and curtain of trees account for the many obstacles preventing a reasoned insight into this space. Transparency is never given in itself, as it does not exist as such. Rather, transparency is always a function of its opposite, i.e. the multiple degrees of opacity it sparks or provokes. Be they material or immaterial, screens are better at producing secrets than they are at protecting them. A certain aesthetic manifests itself, embodying its own anaesthesia and perhaps its vertigo.

As a method, the artists collected uncertain signs, and their sampling became the fact-finding formula. Because secrecy both removes and produces invisibility and mystery, encountering the space of paradoxical visibility that Bourges’ Polygon presents, one may to consider the area as the product of the city tangible and established objects, but also of its fantastical and rumoured elements.

Whether concerning with depleted uranium shots or ballistic incidents, the team could only make assumptions and allow fiction to take over. Test fields or operation theatres, military grounds are always spaces of deceptive perceptions whose reality must be enhanced. Careful not to present these spaces as blank screens showcasing self-projection of own imaginations, scrutinising them, instead, as they revealed themselves: from their aridness and poverty. Certain shapes came forward: stealthy, opaque or cryptical, most often unreadable to profane eyes. The fact-finding gaze became polygonal: a result of differing points of view.

Note: Performance event on 30 March has been cancelled till further notice.