With the occasion of the 2018 Berlin Gallery Weekend, The Fact Finder presented two film projects by Harun Farocki and Adina Pintilie.

On 7 December 1999, Harun Farocki (HF) gave a lecture at the invitation of the _Vilém_Flusser_Archive, the Flusser Lecture, beautifully named Bilderschatz.

This word is so strong and relevant because it immediately speaks about the fact that in everyday language – in contrast to the existing Thesaurus of Words (Wortschatz) – there is actually no Thesaurus of Images (Bilderschatz). And that's precisely what HF missed. As a lover of dictionaries and word thesaurus, in which he liked to look up words and their origins, he felt a need to develop something similar for pictures, for images, and for motifs. However, not as a pictorial dictionary in a book-type form, but in the form of films and installations that say something about images in the medium of the image itself.

The first film produced as part of this larger project - presented as a first entry into a future encyclopedia - was Arbeiter verlassen die Fabrik (Workers Leaving the Factory - 1996), which explores the motif of the factory in feature films, documentaries, propaganda films, and weekly newsreels. Der Ausdruck der Hände (The Expression of Hands - 1997), the focus of this exhibition, is dedicated to the motif of the hand in the history of film.

„The first close-ups in film history are directed at human faces, but already the second ones show hands in plain detail. These close-ups intersect, highlight or magnify the image: hands greedily reaching for a glass, holding a revolver, trembling with fear or clenching in anger... The close-up of the face is, however, somehow different from that of the hands: a face can stand up very easily for the whole person (probably because there you have the eyes, a possible access to the soul, to the ego), while with the hands, you need to watch them for a longer time, and you may rather think of them as things, maybe as little animals.

Often the hands reveal something that the face wants to hide, for example, when someone wants to keep their composure in an emotional shock, but their hands crush a glass. Forensic doctors look at the hands, not at the face, when it comes to estimating a person's age. The hands cannot lie as good as a face may do; they say the truth more bluntly, something that used to be attributed to low rank. Sign languages were created for hands. In general, we take notice of the threatening index finger, we perfectly understand the gesture of counting money, but more specific languages were also invented for them: the nautical signals, the deaf-mute sign language – both much clearer than the mimic of the face. Often the camera looks at the hands for something to do, and all too often when there is something to miss. In most of the cases, the hands appear as an addition to the face. Then the magical gestures enter the scene. The touch that enchants or bewitches, blesses, often comforts. These gestures have a long history behind them. In every of these gestures, many of these background stories seem to come alive." (from the expose)

Since one has to write texts to obtain money for film projects, this text got written. On the one side. On the other side, there is reading, researching, and writing – in the case of HF's film work – these always went hand in hand. Having to write an exposé forces one to write a clear accompanying text. And that's good. However, the Bilderschatz project was not about addressing pictures with text, words or keywords, but about the question of what can be sorted out as an image, beyond the text. From 6th to 8th of February 2001, a symposium has been held on this theme, at the Kunst-Werke Berlin. Suchbilder. Schritte zu einem Archiv filmischer Topoi (Search Images. Steps to the creation of an archive of cinematographical Topoi), which dealt with the exchange between hermeneutic/human techniques of addressing and interrogating, and algorithmic/machine-based procedures used in search techniques. The resulting book with the same title, as well as documents on the genesis of the film Der Ausdruck der Hände (The Expression of the Hands), are accessible in the exhibition for those who want to deal with the matter/the project in more detail.

The following works from Harun Farocki, and Harun Farocki & Antje Ehmann, can be assigned to the project Bilderschatz:

Tell me how you loved me, so I understand how to love.

Together, a filmmaker and her characters venture into a personal research about intimacy.
On the fluid border between reality and fiction, Touch me Not follows the emotional journeys of Laura, Tomas and Christian, offering a deeply empathic insight into their lives.

Craving for intimacy yet also deeply afraid of it, they work to overcome old patterns, defence mechanisms and taboos, to cut the cord and finally be free.

Touch me Not looks at how we can find intimacy in the most unexpected ways, at how to love another without losing ourselves.

"Touch me Not aims to become a space for (self)reflection and transformation, where the viewer is challenged to deepen their knowledge of human nature and to re-evaluate their experience and ideas about intimate human relationships, with a particular focus on de-objectification and personalization of human exchange, on stimulating our curiosity about the different “Other” and our empathic ability to place ourselves into the Other’s skin. I personally believe that understanding the human nature and exercising our capacity to perceive the other as another me, as another possibility of our own self, can have an essential transformative power, both of our inner self and of the way we interact with the others. As Gustav Landauer notes: < Society is not something which can be changed by a revolution, but is a condition, a certain relationship between human beings, a mode of human behaviour; we change it by changing our mode of relating, by behaving differently. >

The main level where the reality versus fiction dialectics comes into play is the actual filmmaking process: not only in terms of using the creative potential of real locations and events, but also, and particularly, in working with the characters. The cast is a mix of professional and non-professional actors. Extensive improvisation workshops experiment approaches like family constellation, re-enactment, 'staging' reality, intimate diary, enacting characters’ dreams and fantasies etc., in order to build the characters based on the participants’ real emotional backgrounds and to reveal deeper and deeper layers of the characters’ inner truth. Fiction functions as a framework to work with reality, while at the same time offering a safe, protective space for the people who took the risk to open themselves and share their soul with us in the process.

I do 'cast' a person to embody a 'character', but the character becomes 'real' while I work with the private history of the person embodying it, whose biography, personal memories etc. become thus hybrid part of the emotional flesh of the character. The human being on screen is a new, complex, full of contradictions creature, a hybrid between my own material and their own biography."
(Adina Pintilie)

Being part of Touch me Not, Tomas Lemarquis embarks on a self-discovery journey, under the gaze of Laura and guided by Christian during an Emotional Anatomy workshop created especially for the project by bodywork therapy consultants specialized in working with the disability.

Tómas Lemarquis
After growing up in Iceland and France, Tómas Lemarquis studied theatre at the Cours Florent in Paris and the Reykjavík School of Fine Arts in Iceland. Meanwhile, he explored various shamanistic practices and other alternative therapies, his process of personal growth harmoniously combining the spiritual research with the artistic experimentation. He is possibly best recalled for his central role in the 2003 Icelandic film Nói Albinói. He also appeared in films such as Snowpiercer, X-Men: Apocalypse and Blade Runner 2049.

Christian Bayerlein
Born in 1975 with spinal muscular atrophy, Christian seemed, in the beginning, to symbolically embody exactly the stage in which the characters of Touch me Not were at the start of our research: trapped in their head, in their rational defence mechanisms and out of touch with their own bodies, with their sensations and emotions. Yet, our process revealed him to us as an amazing mind-opening human being, in a harmonious relationship with his own body and the others, an energetic advocate for disabled people’s rights, a passionate traveller and a curious explorer of intimacy, experimenting in areas such as BDSM, polyamory, tantra etc. Christian writes a blog on sexuality and disability, http://kissability.de.

Christian’s motivation to be part of Touch me Not project:
“Listen Adina, we go together on this journey because we are strong together. I’m not afraid of this film or myself being attacked. You know, when they will throw at you that you exploit vulnerable human beings such as the disabled ones, just know that the people screaming are precisely those who have no idea about disability, about what us disabled people feel, need, desire. They have their own false concepts about disability.

About Touch me Not Multiplatform
Researching beyond taboos, into the essential role intimacy plays in human development, Touch me Not aims to open up a space for (self)reflection, to challenge the viewers' perspective on intimacy, to educate and promote tolerance, inclusion and freedom of expression, to give an empowering voice to human beings affected by prejudice or discrimination, by offering them a space to share their experiences with a wide audience.
An uncompromising exploration of the human psyche, with a highly personal, conceptual type of aesthetics, very new in contemporary Romanian cinema, Touch me Not is the 1st part of the upcoming multiplatform art project (followed by an interactive performance, a video installation, a website, a series of film works), supported by the National Museum of Contemporary Art Bucharest, the Pompidou Center, the Museum of Modern Art Warszaw and Spinnerei Art Center Leipzig. 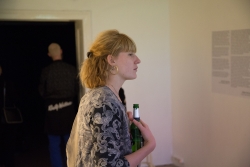 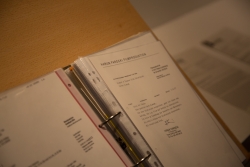 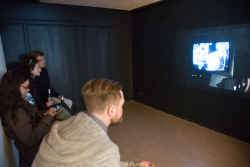 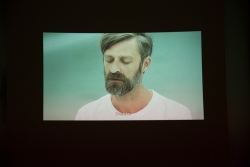 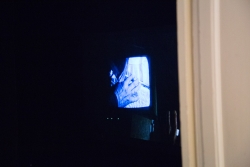 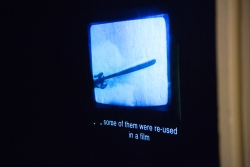 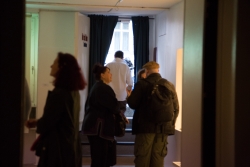 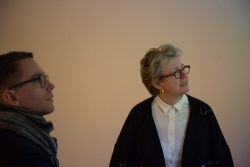 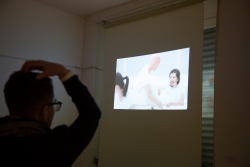 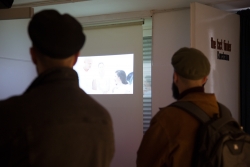 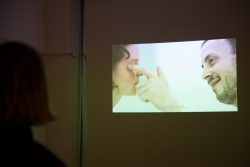 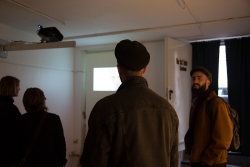 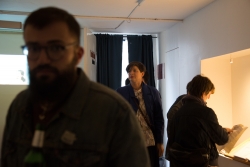 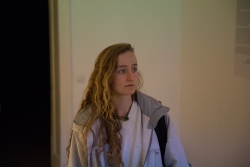 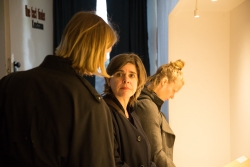 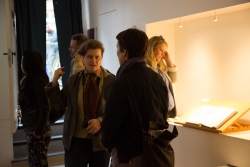 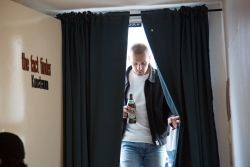 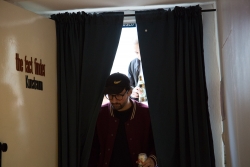 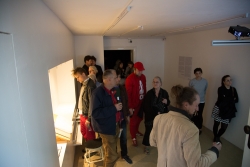 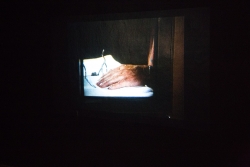 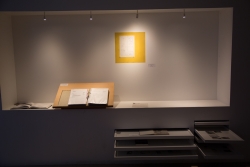 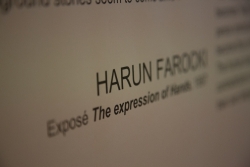 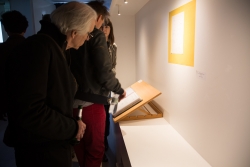 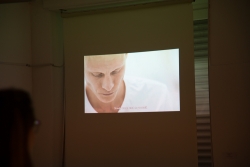 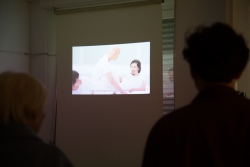 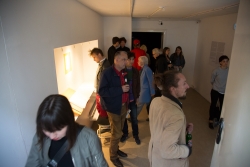 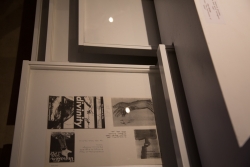 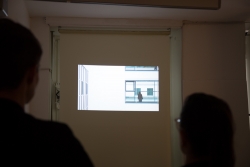