HAVE YOU SEEN MY NEWEST ONE?

When Romanian artist George Roșu told us about his wish of making some new work based on his late father’s daily drawings, we saw it as an opportunity to look closer into how and why people who don’t regard themselves as artists, are using some form of art in their daily intimate life and inner circles of their families.

The Fact Finder presents the output of two such persons, who are not among us anymore: Emilian Roșu (1952-2016) from Brasov, Romania, whose drawings are presented and reiterated by his son George Roșu, and Elsa Franke (born around 1900-unknown year of her passing) from München, whose diary covering her first world war experience as a volunteer worker in the army, is curated and brought to public by the diaries collector Theodor Schmidt.

Emilian Roșu’s output of drawings was notably pronounced in his last years of life when he would regularly greet his son with „have you seen my newest one?“. Made on any material available around the house, from plain paper to chocolate boxes, these creations are fueled by an unadulterated joy of drawing. They might have been a way to pass the time, a way to visualize fleeting thoughts, to take out of his system things seen on TV, a way to track down inner patterns or just a way to have fun. One day he could not find a drawing that was ready to be shown to his son, the one depicting two terrorists. As this made him very upset for the rest of the day, we could assume that making a drawing was also an act of communication for him. If the communication act was not consumed, the drawing would have stood no chance to be considered complete.

In the exhibition, George Roșu refers to his father’s drawings through his own work. “Half-drawings” of the father, animal figures drawn head to belly, are completed, belly to tail, by his son. Other drawings are being reproduced from memory and drawn in a way one cannot easily distinguish the father’s work from the son’s. While others are being recreated in another medium, such as ceramics. All these are accompanied by George Roșu’s own compositions and texts, giving more insight into the son-father relationship and historical context.

Elsa Franke was a young woman born in München around 1900, who volunteered to help in the first world war in 1918, by the time the war already became widely unpopular. She is appointed to work as a helper (Helferin) at an army materials deposit department (Materialausgabe) in Biela, where she is given a room in a residential home, together with her roommate Lena. She keeps track of her experience in a diary, intermingling descriptions of a war-affected environment and her own young age safe zone, where she does not forget to laugh, hike with her roommate in surrounding nature, play the lute, drink and smoke cigarettes. At one point in her diary, she remarks about her own writing: "It is no good [she uses the word 'schön'], but I use it as a way of keeping track of time."

She would have no idea that the one who will bring her written impressions to the public, the diary collector Theodor Schmidt, will be no other than the grand-grandson of her roommate in Biela. Theodor Schmidt discovered this connection at the last moment, as he was ready to resell the diary. So she not only kept track of time throughout her diary, one can say, she managed to keep track between generations.

Theodor Schmidt often curates extracts from the diaries. He will display the original and help us gain a bigger picture of his collection. A reading from the Elsa Franke diary will accompany the opening. 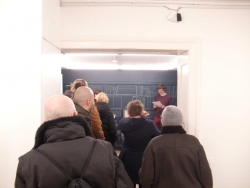 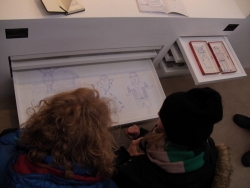 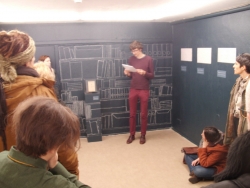 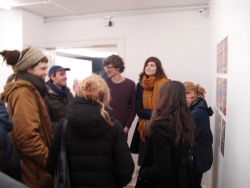 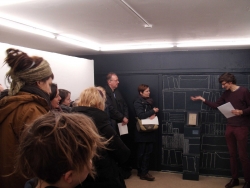 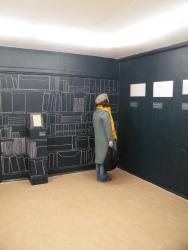 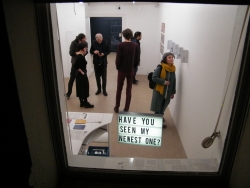 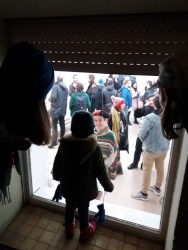 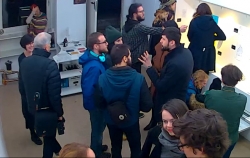