Only a few hundred years ago it was essential for the surviving of mankind to have the ability to identify the sound of an animal while hunting, to distinguish the sound of galloping farm cattle from the sound of an enemy approaching. Nowadays we are exposed to an increasing stream of noise. It’s becoming harder and harder to find places where it is possible to identify a certain sound because everything drowns in a cacophony of traffic, construction sites, factory noise emissions and sounds of many other sources.

In some way, bridges provide a protection against this noise. At the same time, they have their own sound which can be their echo, like an inner monologue, or the sound that results from their interaction with a ship passing underneath. The artist duo Kg Augenstern (Christiane Prehn and Wolfgang Meyer) has developed a way to “provoke” and record the sound of a bridge, summed up as The Tentacles Project. From their home, the boat Anuschka, they scratch the undersides of bridges across European rivers, using multiple carbon fibre tentacles installed on the deck, thus collecting the sound profile of the bridge they underpass with their ship. Each of these profiles is unique.

At The Fact Finder, the duo will present fragments of their cumulated bridge sounds experience, showing two kinetic installations and, for the built-in archive of the space, a special edition of bridge scratches).

On their boat, Anuschka, (their permanent home), the two have been sailing since 2014 the European waterways, reaching by now France, Netherlands, Belgium, Luxemburg and Germany. While passing under the bridges, carbon-fibre made tentacles installed on Anuschka’s deck scratch the bridges’ undersides, making the bridge reveal its sound. Each one of the bridges has its own personal sound profile. The low ones in big cities, like Berlin, have a robust echo, mixed with the broader urban soundscape, while the smaller bridges in nature develop a somehow transparent and pure sound.

These bridgescracthing sounds are recorded, archived and published in the mobile web-application "SoundWays", a continually growing bridge-sound cartography.

Various aspects of the Tentacles concept are constantly transformed and shown in galleries and contemporary art spaces as audio-kinetic installations, live streams from the ship, radio broadcasts or multichannel sound installations.

For their exhibition at The Fact Finder, Kg Augenstern will present two kinetic installations and a special edition of bridge scratches, inside the built-in archive of the space. 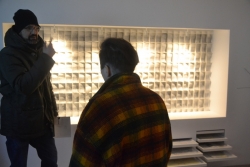 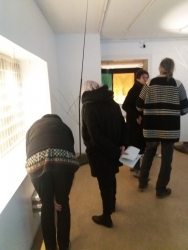 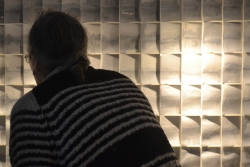 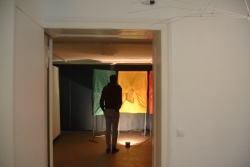 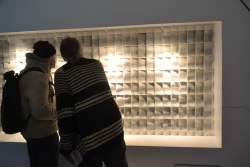 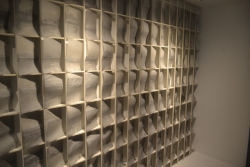 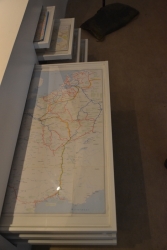 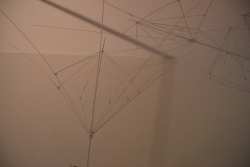 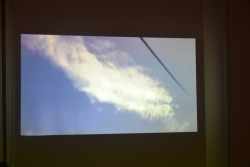 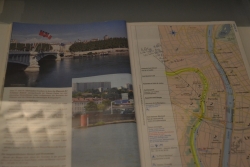 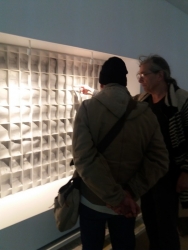